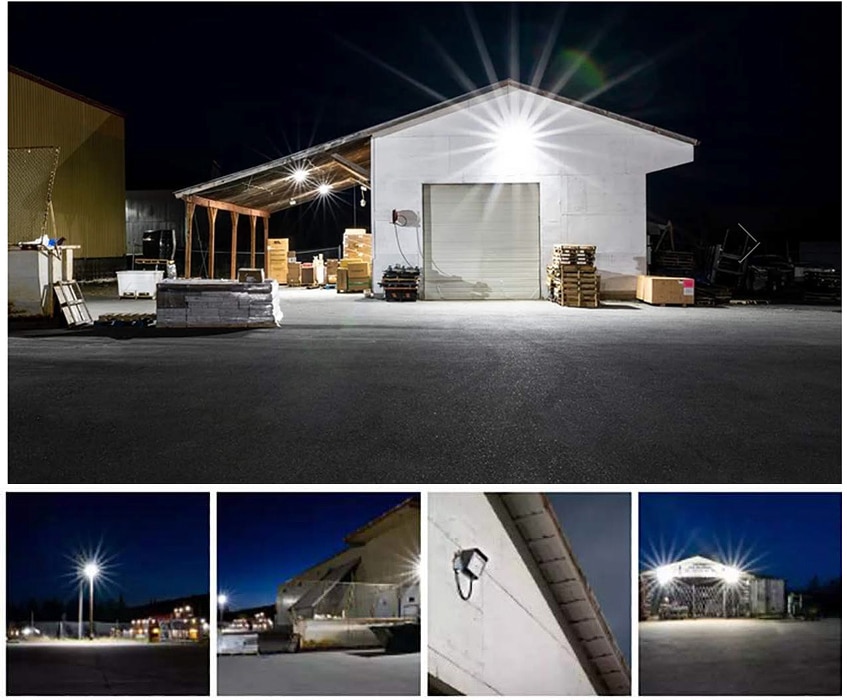 That was challenge presented to Vision X Lighting by LFS Homer, which was looking to improve the lighting output while reducing the energy costs at their Kachemak Gear Shed in Homer, Alaska. There was little to no lighting in the yard exterior making it critical to find a solution where the lights would provide excellent output and be able to withstand the harsh Alaskan environment while also creasing security around the Gear Shed.

Vision X initially developed a 3D scale drawing of the work site, as well as a lighting simulation to allow the customer to visualise the lighting output they could expect in the perimeter of the Gear Shed / Warehouse.

The solution used both the 50W J-Box wall mount fixture on the walls of the Gear Shed and the 280W LUC60 Flood Light on the high mast as well as high on the sheds across from the Gear Shed. The J-Box has an output of 6,390 lumens in an ultra-wide 180-degree beam, while the 280W LUC60 series flood light output is 36,000 lumens. With improved light control they were able to obtain an equivalent light output in the work area to a 1000W metal halide.

After the proposed solution was accepted and installed onsite, the customer experienced:

These 3D lighting simulations and images show the final result of the installation. 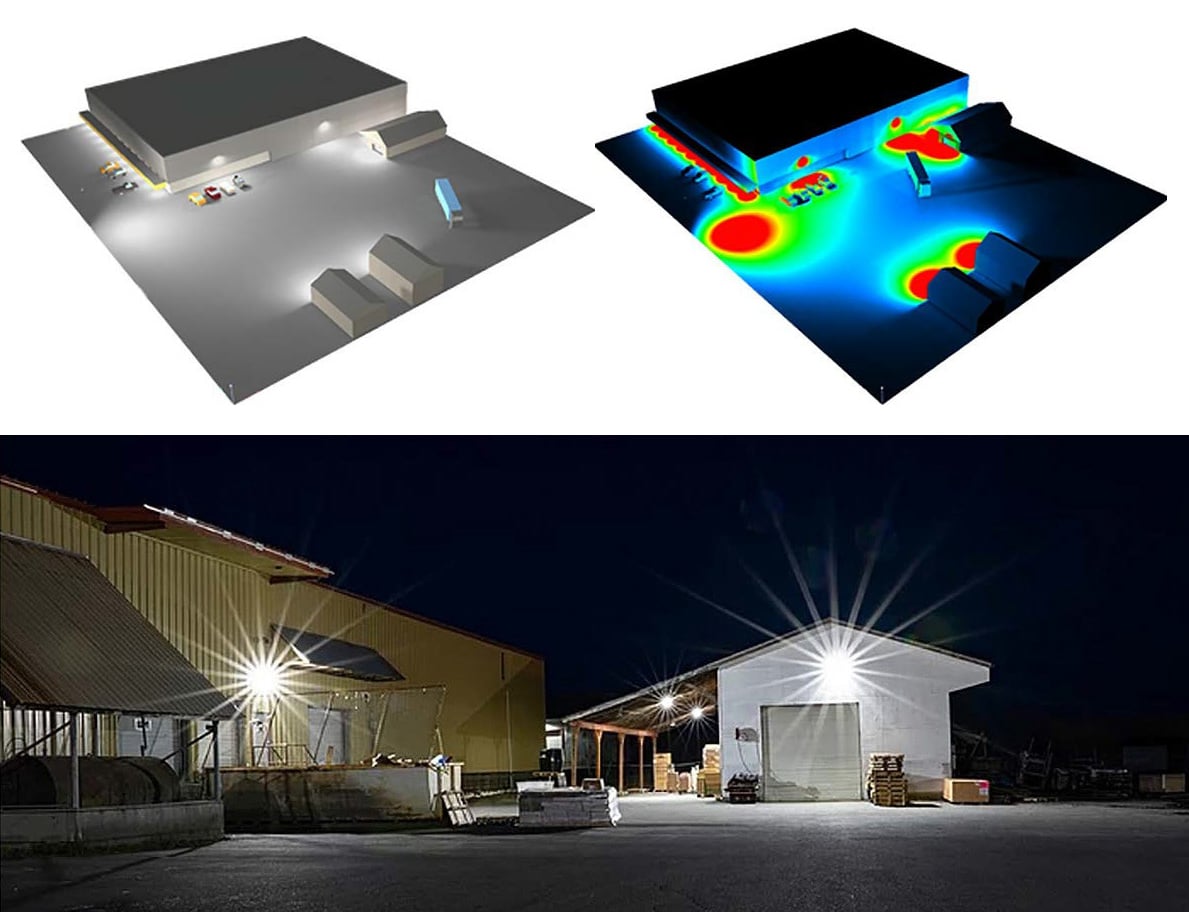